The Wild Bunch is an outlaw posse in Rockstar Games' Red Dead Redemption.

You are not connected. Please login or register
Join the: Wild Bunch Cafe Press Shop and Facebook Posse! Wild Bunch GALLERY now officially open!
BIG SPENDER: lifeundone
Donate to get whores for the Whore Shop! All money donated will help me pay for the site. Thanks!
Rock Star sent us an EXCLUSIVE screenshot! Check it out HERE!
+6
Doodle
El 6Dia6lo6
NonDairy Soup
DannyTheDog
OUTLAW
Balboa2
10 posters

RUSTED OLD JUNK
To understand what I'm about to tell you, your gonna have to understand that back in my day disputes and such weren't settled in court. If you had a problem you fixed it by any means necessary. My means just so happened to be the Smith & Wesson No. 3 Schofield Revolver. Man, could that pack a punch. Nowadays revolvers like that are overshadowed. Hell, one might even call it rusted old junk. That's how a lot of things in the west are getting treated these days, sure that old rich fart George Thompson up in Blackwater owns one of them automobiles. Things of that nature shouldn't of been invented, running on the devil's fumes and all. Anyways, I'm getting off track as usual. Texas, it's all I really know, Waterloo to be exact. Some time around the 1830's the area was settled on the banks of the Colorado River by pioneers who gave the village it's name, Waterloo. It went on to become the capital of the new Republic of Texas and was then named after the father of Texas, Stephen F. Austin. This guy gets a damn city named after him, while I'm sitting here with nothing to show but a broken old cowboy like myself. Christ, I was named after a beer poppin', whore humpin', wife beatin', cattle stealin', son of a bitch that never gave me nothing but the god forsaken scars on my back. He was my father and he use to beat me everyday and I swore when I got old enough I'd get mine, and guess what, I did.

It was well after dark and you could feel the tail end of the devil's storm sweeping over the town. Father had just got back from the saloon bloody and beaten. "Must of got kicked out again, hey?" whispered mama under her breath, as I peeked from the steer case. "Shut up you no good bitch," he cursed and as sure as the rain was leaking from the old cracked sealing, he raised his hand and hit her with as much force as that bastard had left. "Curse the day I ever let you have that child," yelled that abomination of a pa. He cracked her again and again, each blow more aggressive than the other. One last time he lifted his hand.........click.

That's all he heard and then it was complete silence. "What are you doing Jake?" my old man cried as he turned towards me, each rotation revealing more to his weary eyes. You see I had saved everyday more and more that summer and I bought me my Smith & Wesson No.3 Schofield Revolver, and now it was staring that sorry excuse for a man in the face. It was silent for a moment or maybe it was two, I can't remember but all I know is after all the beatings, all the deception, all the abuse, for the first time in my life I could see fear in his eye's. A fear I had only know from my own reflection. It was like I was looking at myself, "Hell no," I screamed. I would never be like him and with that I pulled the trigger and shot him stone cold dead.

Ever since that day mama still doesn't look at me the same. Hell, I don't look at myself the same either. That day my S&W Schofield Revolver was there with me and like I said before, nowadays it's looked at as rusted old junk, but to me It's a solution, a safe haven, simply a way out. My name is Jake Winston and this, well this is just an old mans story.
OUTLAW

Thats a nice little story. where did you find wierd stuff like that
Balboa2

yeah that was cool, you write well man
OUTLAW

No hahaha, but I have killed men.
NonDairy Soup

It is a beautiful story tho friends. lol.
El 6Dia6lo6 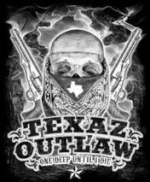 i applaude that short story...i think we should all write an "autobiography" Balboa style
Doodle

its cool. Its even better if you read it allowed with an old western accent

Lol, that's exactly how I was reading it.
Maverick 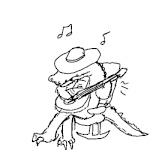 I loved it! And yep, while reading it there was a really old, raspy Texan talking :3
Bitter Marston

wellll i think it obvious whos the bigger man, hehe yeppppppppp, id say your story wasnt worth using for wiping my ass but id be lying, its better than that. Its worth laminintating and stickin on the wall with vultures beak.
Balboa2

SmokeyJoe wrote:wellll i think it obvious whos the bigger man, hehe yeppppppppp, id say your story wasnt worth using for wiping my ass but id be lying, its better than that. Its worth laminintating and stickin on the wall with vultures beak.